Going Batty at
The Nature Center:
A Living Exhibit! 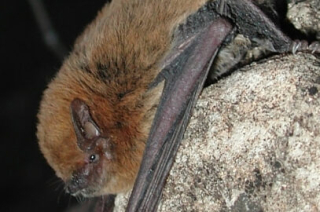 *Meet in front of the Nature Center

. This is a living exhibit!  Learn about the local bats and watch as the bats drop out of the bat boxes to feed.

Led by a Nature Center volunteer. 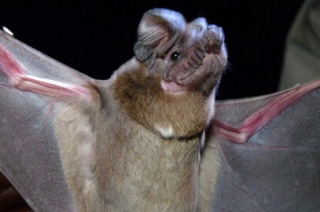 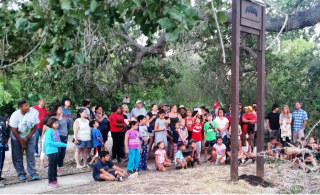 Guano under the Bat Box accumulated over time, and it is important to not go near the guano.

Paul Collins biologist with the Santa Barbara Natural History Museum has completed a two-year research project on bats.  Paul identified these bats as Myotis Californicus, which are considered micro bats.

Acorn Woodpeckers are a common bird at Cachuma Lake and an unusual bird in its breeding behavior. This family of birds share the chores of raising a family, a rare behavior in the bird world called communal breeding.,  Birding Information  - just click on the link below.

At the Nature Center Fall thru Spring 2023 - Apply NOW!